A few days ago Radio Free Asia posted an article on the question of whether there is a growing understanding of Tibet and sympathy for Tibetans among the general Chinese population, a sentiment voiced most recently in Bodh Gaya at the Kalacakra Empowerment. The RFA article quoted from a long comment I had written on the subject in answer to questions that had been submitted to me; the article was balanced and quoted me quite accurately. But, as anyone who has written columns or op-ed pieces knows, there are necessary limits to the length of such stories or essays and it was only reasonable that my answer was not used beyond the quotes that were extracted. Indeed, had my answer been used in its entirety, it would have constituted the bulk of the RFA article. However, it is just for such situations that blog sites were invented, no? And so, taking advantage of the hospitality afforded me by the good people at Rangzen Alliance, I post here my comment to RFA for the record:

The idea that there is a growing understanding of the Tibetan situation among Chinese people living in the PRC has been a cliché for the last decade among certain Tibetan exiles, rooted in part in the reality of the appeal that Tibetan Buddhism has had for a noticeable segment of the Chinese population. But it is difficult to view the state of affairs as optimistically as people in Dharamsala do. For one thing, the number of Chinese who are interested in Tibetan Buddhism is still very, very small within the context of the overall Chinese population. In effect their views don’t make a dent in the more general attitudes about Tibet on the part of most other Chinese. The majority of the population thinks and cares very little, if anything, about Tibet. In normal circumstances the issue does not engage most Chinese. One can certainly not compare the place of the Tibet issue in China to, say, the issue of the Iraq war in U.S. society. People who do think about Tibet in China tend to view it in two general ways: they exoticize it, much in the way Westerners have done, making Tibet a land of (depoliticized) esoteric mystery and peace; or else they view Tibet as a backward land that was liberated from a barbaric feudal regime. This latter view has become visible in times of unrest in Tibet, as in 2008, when more than a few Chinese evinced a resentment of Tibetans, whom they saw at that time as ungrateful for China’s gift of liberation from feudal serfdom. The overwhelming majority of Chinese, however, do not spend time reflecting on the Tibet issue.

Of course there are some Chinese who go beyond the firewall and are aware of repression in Tibet and even of the large loss of life in Tibet in the first several decades of rule by the PRC. But they are an extremely small minority.

The pinning of hopes on an awareness of the Tibet situation on the part of Chinese who are interested in Tibetan Buddhism is somewhat similar to a related phenomenon from earlier years: the view that Tibetan Buddhism was growing in the West and becoming a major cultural factor there, winning supporters and sympathizers for the Tibet issue as it grew. That idea, of course, gave way to the reality that Western tastes for Tibetan Buddhism were ultimately a minority phenomenon and that mass conversion in the West was not going to happen. And actually, many of the Westerners practicing Tibetan Buddhism eschewed political engagement as somehow wrong. 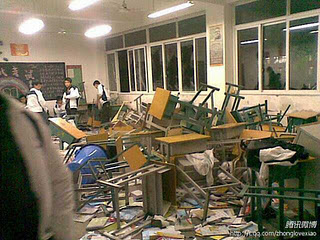 This was my comment for the RFA piece but I should also add that Woeser, whose commentaries on Tibetan matters are required reading, recently put up a new post about the massive brawl that erupted between Chinese and Tibetan students at the Railway Engineering School in Chengdu on December 14 and necessitated the dispatch of riot police to quell the fighting. That post is actually quite germane to the subject at hand. Woeser recalls clashes between students of different nationalities at the Southwest Nationalities College during her student days, but nothing approaching the scale of this clash at the Railway Engineering School. Ironically, she notes that its roots can be found in some of the steps adopted after 2008 to speed the assimilation of Tibetan students. Preferential policies put in place at the time included flexibility in adjusting academic credit for Tibetan students and a three year tuition waiver for them. The result was a simmering sense of resentment that boiled over on December 14 amidst cries from Chinese students to “Beat a Tibetan, Get Extra Credit!”

Growing sympathy for Tibetans among the general Chinese population? Ahem…